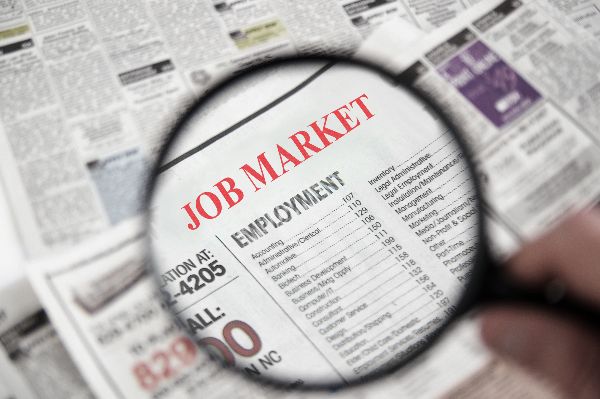 Statistics Canada released the February Labour Force Survey this morning, reporting a much more significant than expected 336,600 net new jobs, with the unemployment rate falling a full percentage point to 5.5%. This is the first time the unemployment rate fell below its pre-Covid level and reinforces the expectation for another Bank of Canada rate hike in April and as many as five more increases this year. Last month’s recovery more than offsets the losses that coincided with the Omicron lockdowns in January and points to the continued resilience of the Canadian economy.

The loonie jumped on the news, as did Canadian government bond yields.

Other indicators point to an increasingly tight labour market in February. Total hours worked surged 3.6% to a record high, while the employment rate rose 1.0 percentage points to 61.8%. Gains were most notable in the hard-hit accommodation and food services sector (+114,000; +12.6%), and information, culture and recreation (+73,000; +9.9%) industries. Employment increases were widespread across provinces and demographic groups.

Average wages increased 3.1% from February 2020, significantly faster than the 2.4% rate recorded in January. That could signal that inflationary pressures, already intense, continue to build. 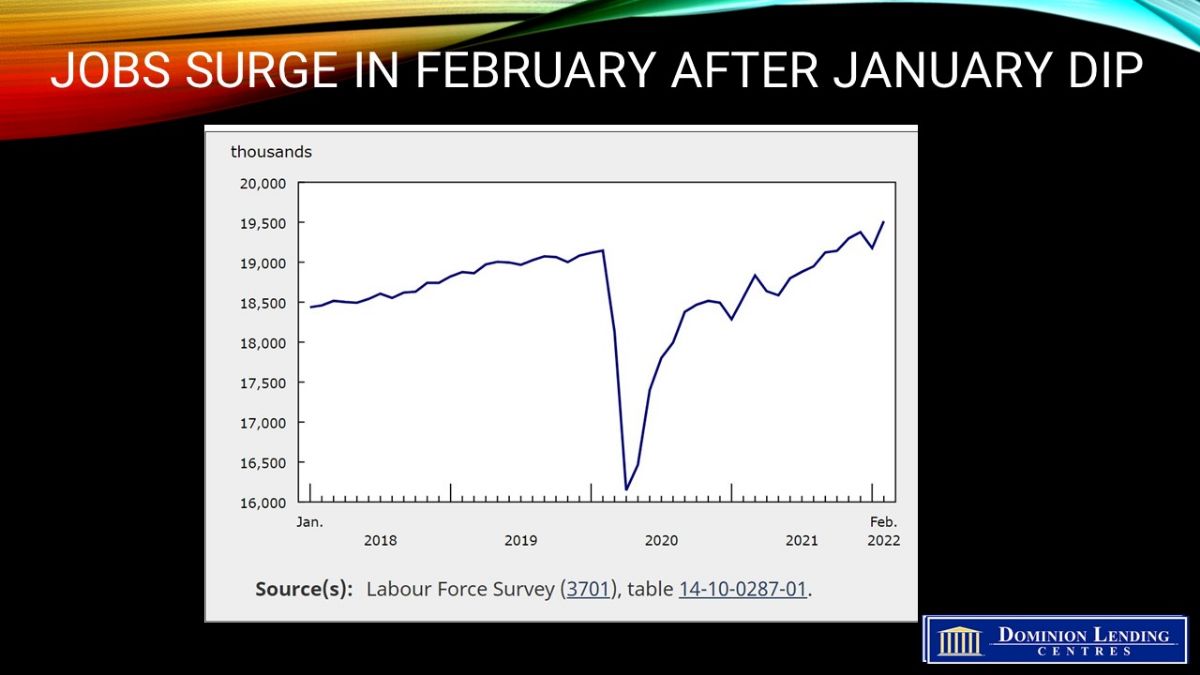 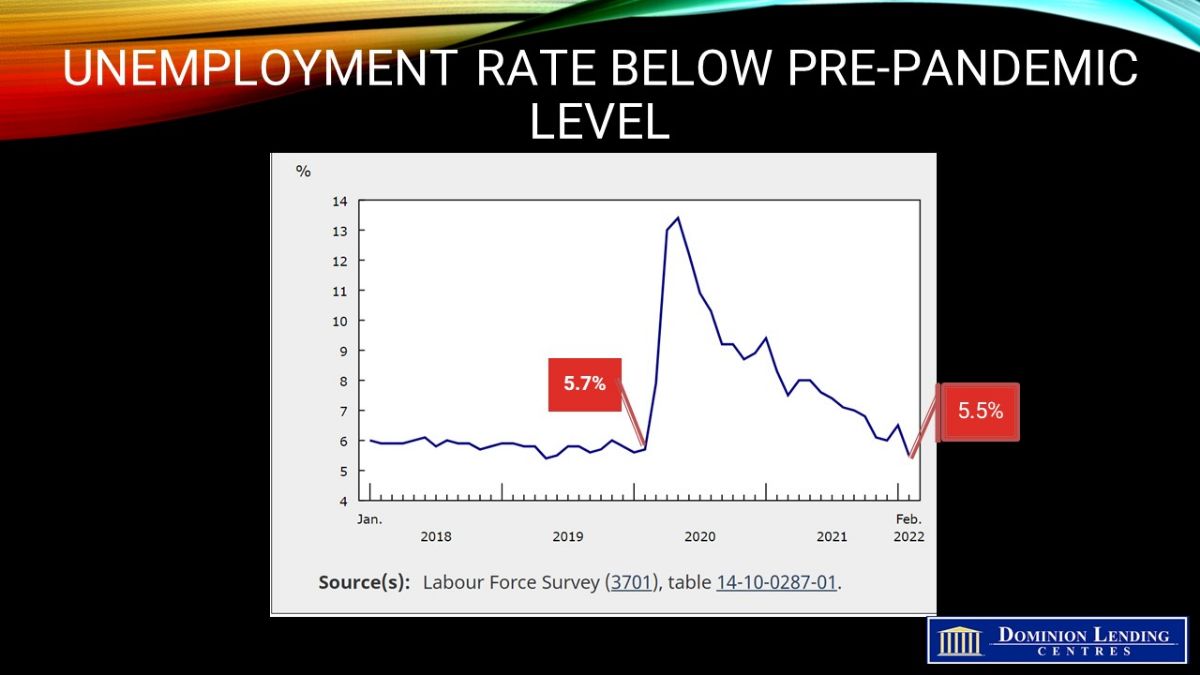 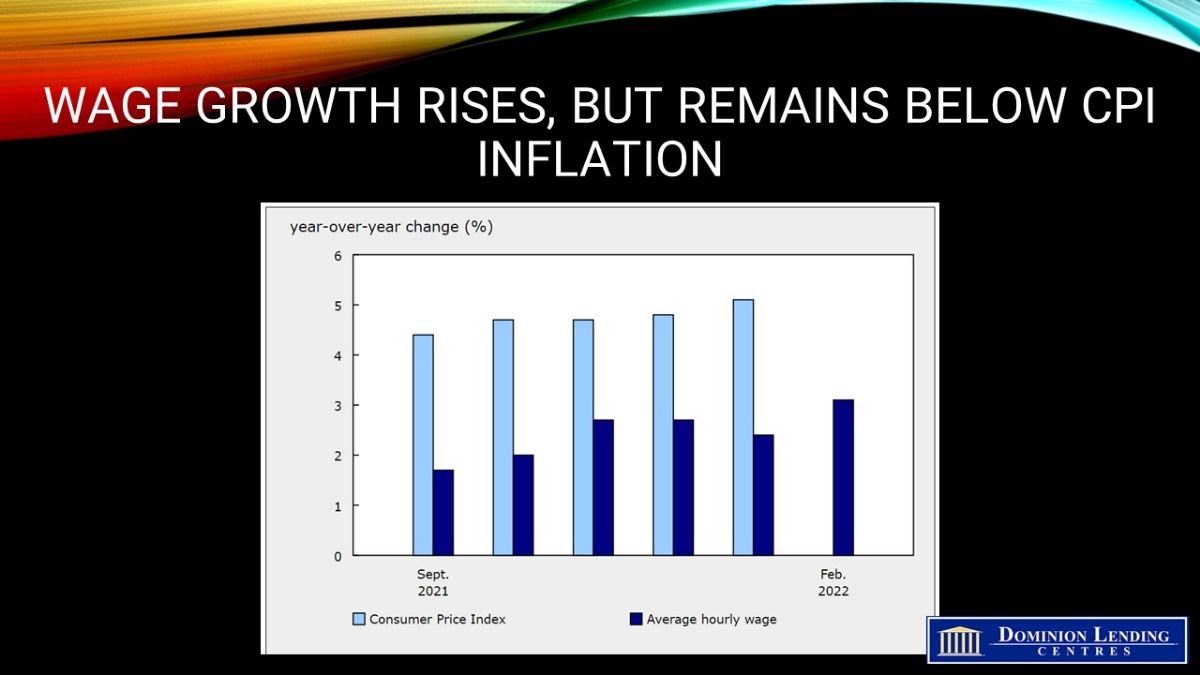 This Labour Force Survey was conducted in mid-February, before the start of the Ukrainian War. since then, many commodity prices have surged, especially oil, gasoline, aluminum, wheat and fertilizer. This will accelerate CPI inflation worldwide, which dampens consumer and business confidence and reduces family purchasing power. The war has also contributed to continuing supply disruptions, all of which point to increased uncertainty and potentially slower growth.

The Bank of Canada is likely to hike interest rates when it meets again on April 13 by 25 basis points. Any more than that is imprudent given the risk of an economic slowdown. The outlook for the remainder of this year is more uncertain and likely to be volatile, depending on how long the war lasts. Right now, the likelihood for another five or six rate hikes this year and a few more next year. This, however, is subject to change.